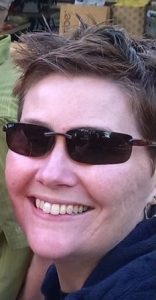 I was fired for having Breast Cancer in retaliation for reporting harassment and misconduct.

I know firsthand what it’s like to experience workplace abuse.  My name is Heather Burke and I am an employment attorney in Santa Fe, New Mexico.  I became an employment attorney so that I could fight for the rights of employees here in New Mexico. I have a Masters Degree in Information Technology and worked in IT for about 15 years before going to Law School at the University of New Mexico School of Law.     My practice is dedicated to helping employees navigate the minefield of employment law and enforcing their legal rights to have workplaces free of harassment, discrimination, and retaliation.

Below is a synopsis of my story:

I formally reported harassment and security misconduct in April 2014.  The retaliation started almost immediately.  I was left out of meetings, emails, and unfairly disciplined.  I was set up to fail. They destroyed my reputation, and subjected me to constant gaslighting to make me feel like I was making everything up.

I was suddenly and unexpectedly diagnosed (in my first mammogram) with Locally Advanced Breast Cancer (Stage 3) only 7 months later.  My first thought was NOT that I was going to die and leave my 7 year old daughter without a mom.  Sadly, my first thought  was that I was stuck in the hell that my job had become. It would be impossible to find a new one until I had completed the long road of cancer treatment.  I hoped that maybe they would leave me alone and let me fight my cancer in peace, but it was not to be.

Unfortunately, things at work only got worse.  My employers continued to hunt for any reason to get rid of me.  The man who was harassing me “discovered” a mistake a made nearly a year earlier during an 18 hour work day. They threw the book at me, suspending me for 30 days while I was undergoing chemotherapy.  I went onto Short Term Disability and full time FMLA while I finished cancer treatment.  They miscalculated my FMLA leave, and then before I could return to work,  I was fired for being too sick to work at the end of my Breast Cancer treatment.

I took my story to the newspaper, which ran two front page articles on my firing.  This eventually embarrassed them into taking me back, but not until over a month later.   However,they also stripped my job duties, they moved me into the former supply closet only feet from my harasser, and I was completely ostracized.    My employer continued to hunt for reasons to get rid of me. They even secretly pulled my hard drive out of my PC while I was having a reconstruction surgery, and sent it away for forensic review!

Eventually it was clear that I literally couldn’t survive there much longer.   I couldn’t leave the employment system I was in, and still qualify for FMLA for my treatments and surgeries.  But I wasn’t getting job offers and I knew I couldn’t survive the stress any more. Because time was running out on one of my claims and I couldn’t find anyone who would fight for me,  I filed my own lawsuit against my employers.  I hoped that eventually someone else would take over.

I came up with a potential “Plan B” in going to Law School if my work environment didn’t get better and I couldn’t find another position within the state.  I reasoned that I could live on student loans, have surgeries on school breaks. If my cancer stayed away for long enough, I could fight for other employees who were going through similar ordeals.  It was extremely risky but I didn’t feel that I had any other choice if things weren’t ever going to get better at work.  It’s certainly NOT how I planned to live my life, but even with the tremendous amount of risk and effort, and taking on a HUGE amount of debt.  It was STILL better than the alternative of dying in that closet at work.

And here I am!  I made it through law school, passed the bar to become “Heather Burke — Employment Attorney!”  So far, I remain cancer free!  It hasn’t been easy.  But my experience taught me that we need more people fighting to stop workplace abuse,  particularly people who understand how devastating it is to go through it. 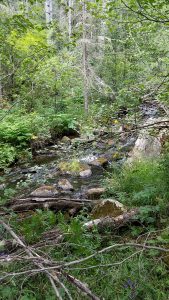